The photos are arranged first by which collection they came from.  Within each collection, if there was more than one photo, I attempted to place them in roughly chronological order.

It is my hope that eventually someone who can identify at least some of these men and women will eventually find the website and contact me.  As much information as is known about each picture is included in the caption.  This page will be updated as further photographs are obtained and in the event individuals are identified.

After this article was originally published, one of Annie and Thomas Hagerty’s daughters sent me a set of 32 Kodachrome slides from the war.  Many were taken during the wedding on June 14, 1945.  Others were presumably but not definitely taken around the same time.  Although most needed some digital restoration to repair damage to the original transparencies, most had remarkably vivid colors without any need for enhancement.  Here are some slides with unidentified individuals:

Photo from the Gayland Hagelshaw Collection

Photo from the Willard Havemeier Collection

Photos from the Hank Knitter Collection

Photos from the Dwight A. McNelly Collection

Of the 27 nurses in the above photo, 20 signed a sheet accompanying the photo in the Ruby Milligan Collection.  The following nurse is known to have attended but has not been identified in the photo above: Marion Huckins.

Photos from the Herman Needles Collection

Photos from the Irving Weiner Collection

The following series of photos were probably taken in Tlemcen, Algeria, most likely on November 11, 1943, when members of the unit participated in an Armistice Day ceremony.

The following five photographs were almost certainly aken in Caserta, Italy and presumably but not definitely depict members of the 32nd Station Hospital Red Sox.  Major Ralph Zimet is visible in the background of the last photo (with the mustached batter).  Update: The second photo (and potentially the fourth) is tentatively identified as Dr. Landon Timberlake, and Dr. Marlin Carlson‘s son identified his father as being in the third photo (hands on his knees).  It’s possible these photos are from an officers’ game since those individuals identified thus far aren’t necessarily known to have been members of the Red Sox. 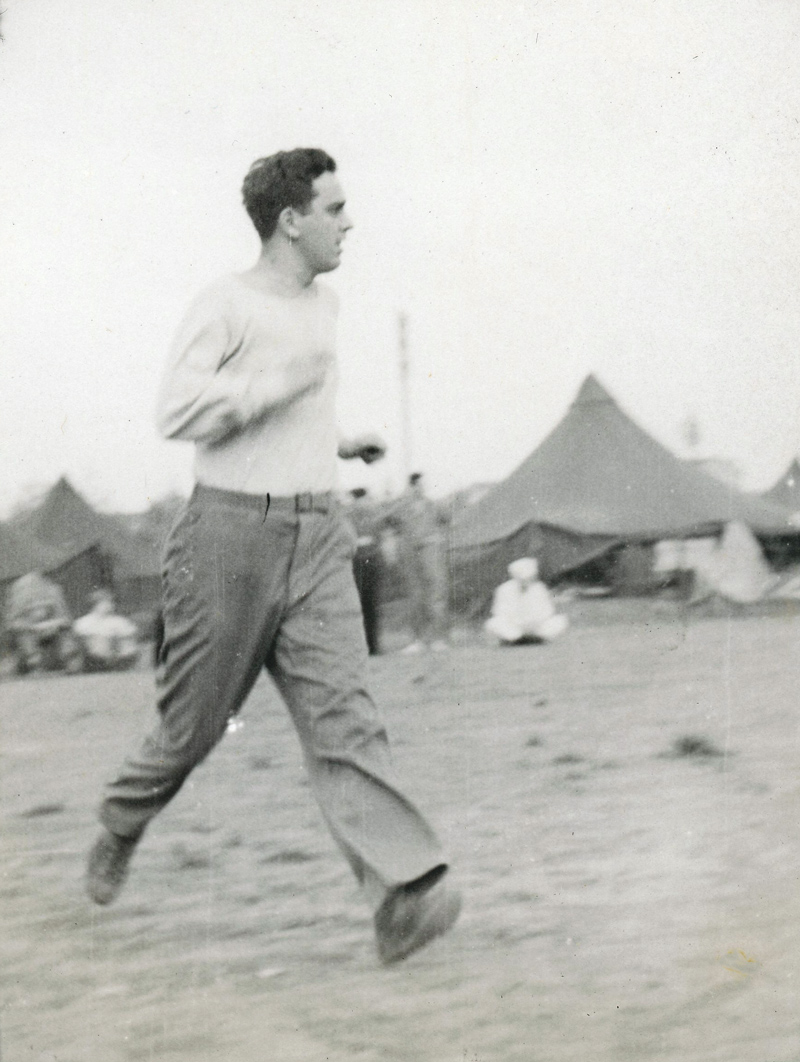 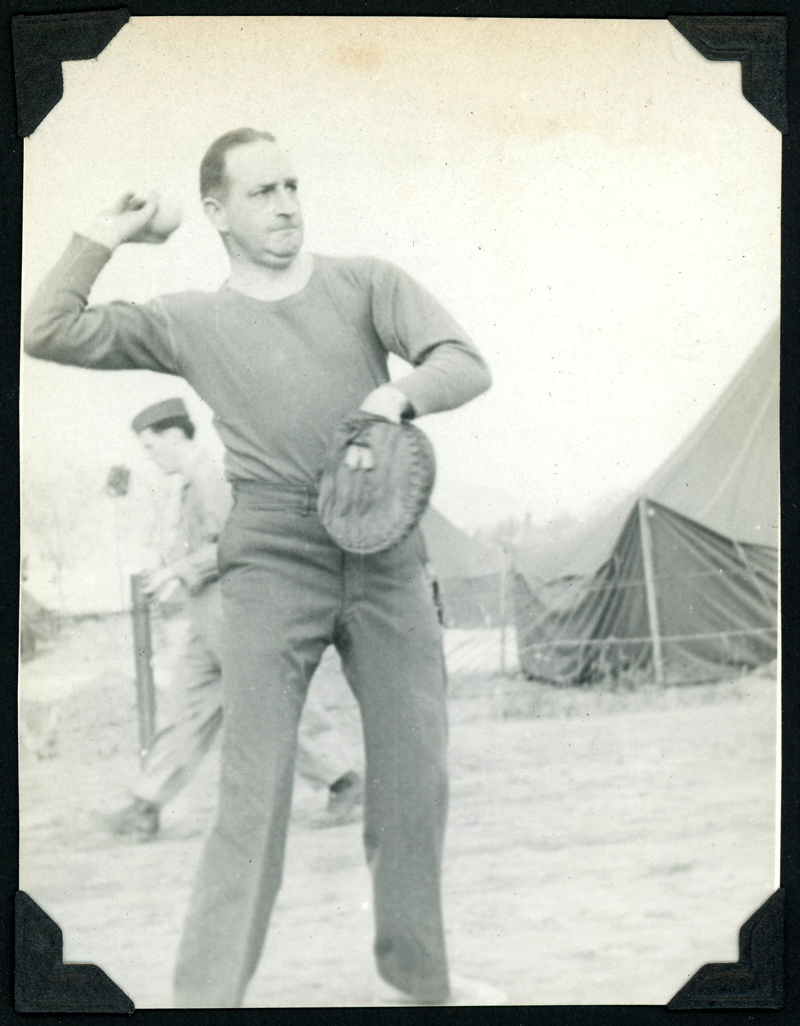 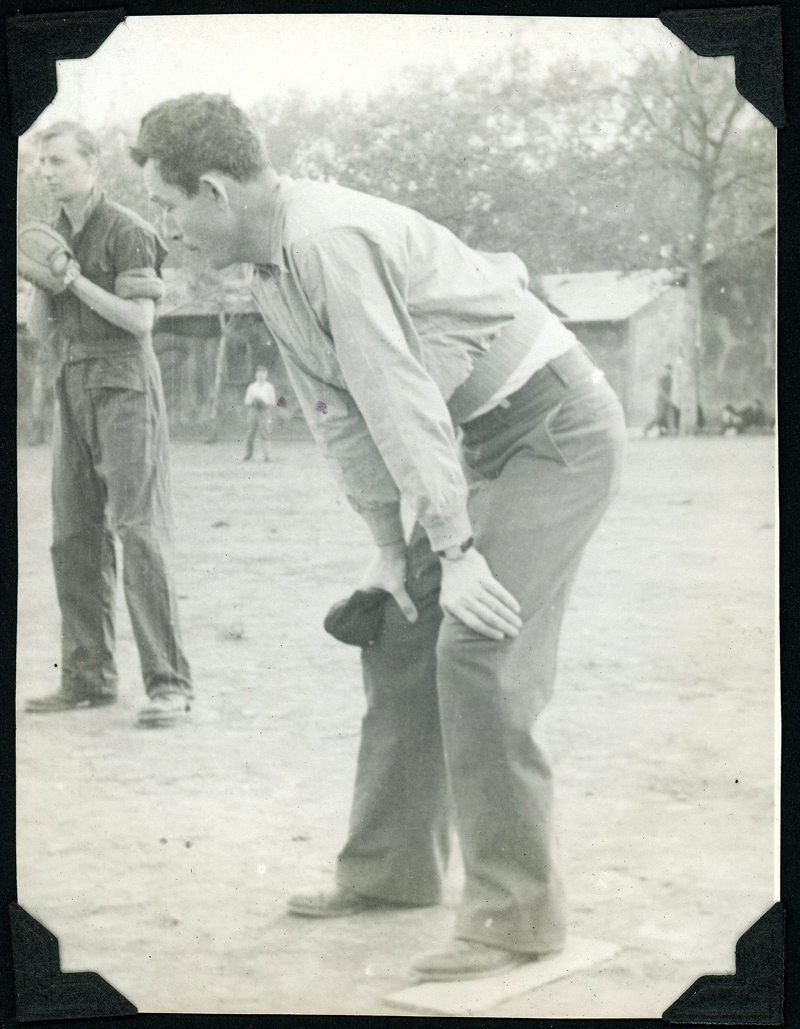 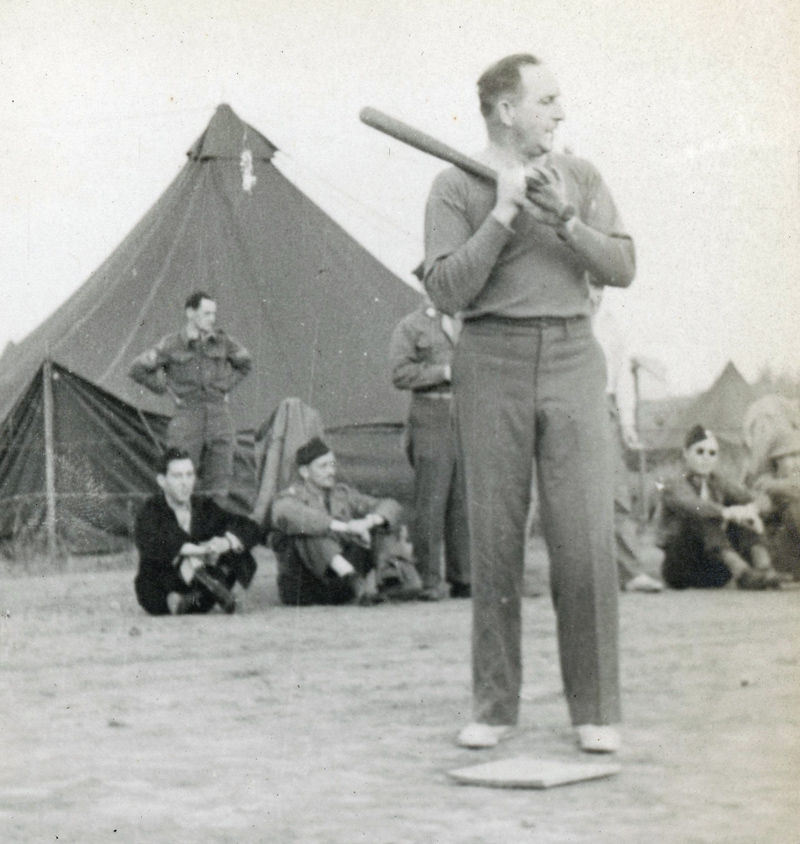 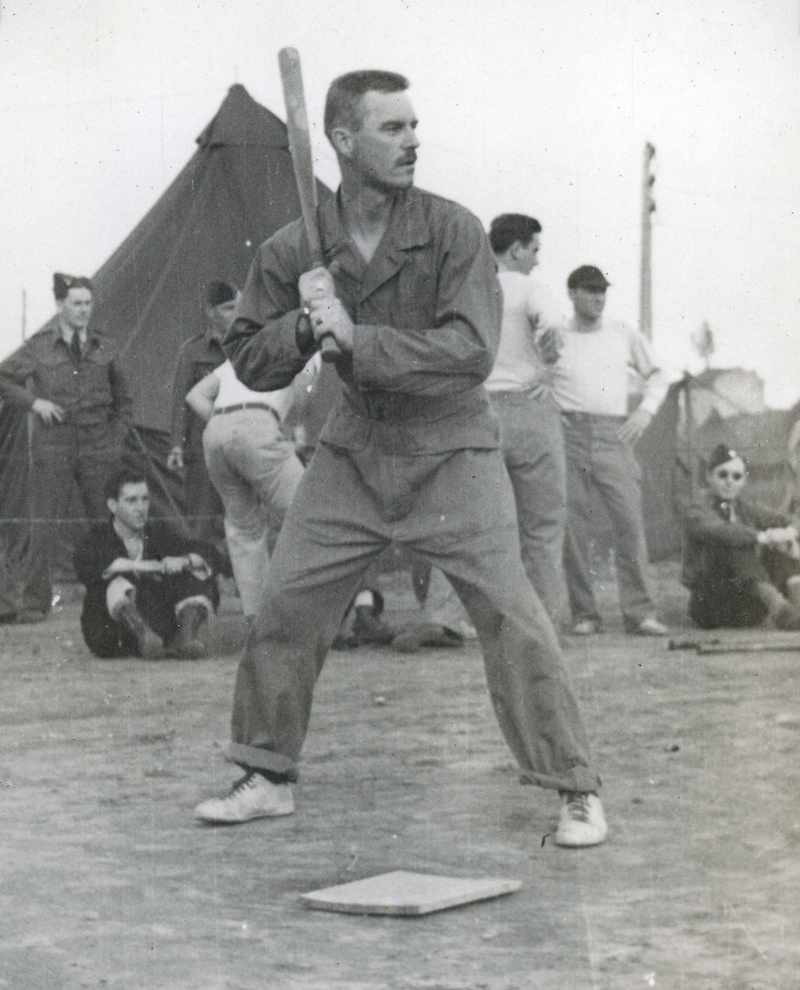 Photo from the Ralph Zimet Collection

2 thoughts on “Photographs of Unidentified Individuals”